I arrived in the USA. At that point, I was expecting to return to the UK around three weeks later, but things turned out deliciously differently. Let's take a look, shall we?

The LA and I saw an immigration attorney. His advice was that we could wait eighteen months, or I could extend my trip and marry while in the US. We decided on the latter. The LA and I then shared our first Christmas together, with the cats. Since then, many things have occured. For a start, the LA and I married, and went to Disneyland, all on the same day. We went and were introduced to the LA's paternal grandfather on his 90th, which made him very happy.

We moved up North to the Bay Area, held a celebration, and have been enjoying ourselves. The LA took up knitting, and now so have I. 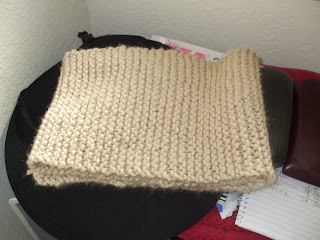 The cats continue to entertain. 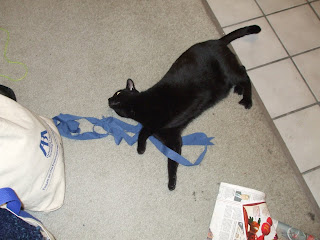 And today, I put up the Christmas tree again, and fixed the balky garage door opener. The down limit was set too far down, which was causing occasional bounces. However, the door itself is cracked and ought to be replaced.
Posted by Unknown at 11:50

After some particularly vile spam showed up, I have disabled the ability to comment as a nonny-mouse.